Any problems with the forum? Am I going to be doing work on the site that will require downtime? Discuss here.
Post Reply
31 posts

You're both breaking the 4th wall right now.

beltempire wrote: @Broski I understand the Hogan belt issue. But to be fair those were posted openly and no precaution such as watermarking the pics was taken. They were posted in a manner that allowed for them to be reproduced. Nothing you can do there. A while back photos were posted in such a way that reproducing them wouldn't be easy.

There's no "to be fair" to be had here, because those 2 sentences (italicized by me for emphasis) just reek of victim-blaming.
Gator shouldn't have to have been told "post them with watermarks so they don't get bootlegged", the bootleggers are the ones who need to be told "don't fucking bootleg the belts in the first place, fuckers".

That's why people don't talk about their kayfabed collections in the first place.
And if they DO, it's because people like Dan do their best to make sure that they're ABLE to talk about it in a SAFE place, where they WON'T have to worry about having to watermark their pictures so they don't get bootlegged within 48 hours of their post.

Gator don't play no shit!
I have been called bad before. Many have said I do things that are not correct to do. I don't believe in talk such as this. I am nice man, with happy feelings, all of the time.
Top

Apologies to the board for starting this topic. Sure as hell didn't think it would cause the drama. I asked about a section that I thought all could benefit from in a manner I thought would be safe for owners. My apologies if it offended or upset people. I figured maybe we could all be adult men and women and have a new enjoyable section to the site. People have made good arguments although most ended up making my point of why it should be anonymous in one way or the other. Dan feel free to lock this or delete it. Won't ask again it's not worth it.
Top

And welcome back thread from 14 months ago!

Most of the ones that talk about kayfabe and wanting a kayfabe section could not hold to the true meaning of kayfabe anyway. There are a certain few in here that can. It has always been that way.
Top

thegameiiixvi wrote: ↑Sat Jan 13, 2018 1:14 pm Most of the ones that talk about kayfabe and wanting a kayfabe section could not hold to the true meaning of kayfabe anyway. There are a certain few in here that can. It has always been that way.

I’ve read through a lot of the older posts or topics or whatever the name for them is while I have been stuck on 24 hour shifts at work the last two weeks but this one was probably my favorite. Even a few of my coworkers got a kick out of it.

There already is a kayfabe section here. Whoops, I've said too much....
Top 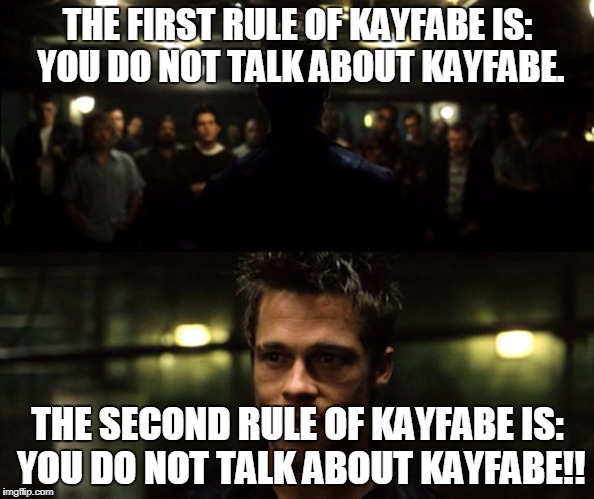